The Old Manuscript of Bugis and Makassar 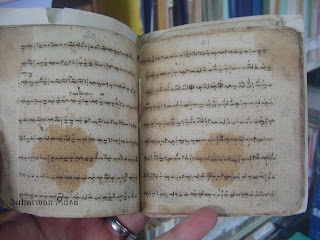 The Bugis and Makassar ethnic groups in South Sulawesi are including two of the few ethnics in Indonesia who has a tradition of writing. Letters or script used by the Bugis people since hundreds of years ago is the Lontara script. The Lontara is derived from “lontar” or palm (leaves) where the original scripts were written on. Lontara itself is named "uki Ugi'sulapa eppa'" (Dr. Mukhlis Paeni in Nusantara Manuscript Catalogue). Makassar ethnic group is also has its own letter, called script 'jangang jangang' which resemble the original form or shape of the bird, so-called 'jangang jangang'. In further developments jangang-jangang script is rarely used and the Uki Sulapa Eppa is more frequently used for both Bugis and Makassar writing system. According to historians, the script lontara 'Uki sulapa eppa' and 'jangan jangan' script are both derived characters from the Indian's Sanskrit.

A lot of Bugis ancient manuscripts stored in the Library and Archives of South Sulawesi, consisting of a variety of characters, namely lontara Bugis, lontara jangang-jangang script, 'serang' script (written of Bugis or Makassar using the Arabic script), and the manuscripts writteh in Arabic scripts especially for religious purposes. Some of those manuscripts are already difficult to read, both the original manuscript and its microfilm. This is because the manuscripts are already too old and very fragile manuscript, the ink used has also been seep into the paper, there are also a lot pages missing or torn. 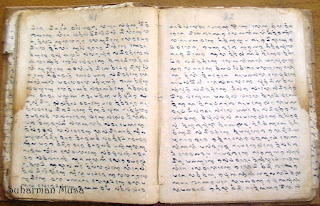 In the Regional Library and Archive of South Sulawesi it is also well preserved the ancient Bugis manuscripts written on palm leaves. The manuscript is in the form of palm leaf roll. According to the experts this manuscript was written by using a kind of nail to scratch the letter on the palm leaves carefully due to the nature of palm leaves which are easily torn. After one piece of writing, the scripts then dusted with black powder so that the writing visible and clearly legible. When a strand was finished then connected with the previous piece by stitching using a needle and thread. When a manuscript is considered finished then pieces of palm leaves are rolled up and made the rolls for easy reading. How to read the manuscript? In a position sitting cross-legged with hands palm leaf rollers rotating rolls. The reading usually accompanied by a ritual. Family-tree manuscripts usually read in the evening before the wedding ceremony. The purposes are to make sure that the bride-to-be or groom-to-be are both from the noble blood. 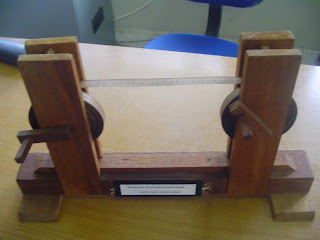 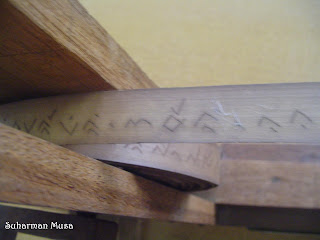 The number of manuscripts lontara of Bugis, Makassar and Mandar stored preserved in the Regional Library and Archive of South Sulawesi is 4049 manuscripts. Those manuscripts all have been microfilmed. Researchers or students who need the manuscripts will only access the microfilmed manuscripts. The original manuscripts are already inaccessible, due to the nature of the paper which is already very fragile. The original manuscripts are usually only for display at an exhibition. The microfilmed lontara manuscripts are now accessible by using the Microfilm reader. Various topics written on Bugis manuscripts such as astrological 'kutika' which described about the good days and bad days to perform wedding ceremony, build and erect new houses (the house building of the Bugis and Makassar people are houses on stilts), beginning the day working the fields, and other forecasts. The using of herbal is written in the manuscript lontara pabbura'. Various types of mixed and herbaceous plants used to treat certain diseases. There's also called lontara Baddili 'Lompoa that is lontara manuscript that discusses the strategies of war and weapons. Another manuscript, talks about different ways of farming called lontara 'Paggalung, tasauf tale story, Syech Yusuf's teachings, religious manuscripts, sex education (lontara akkalaibinengeng), disposition of animals, genealogy (Lontara Pangoriseng), Lontara' alloping- loping which is lontara who investigated the procedures for sailing and fishing. There is also lontara 'pattaungeng which is a diary or chronicles of the ancient Bugis Kingdom and others (Rumpakna Bone, translation by Drs. Muhammad Salim 1991). 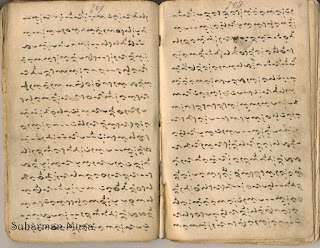 Literary works of Bugis usually consists of poetic literature such as the epic I La Galigo, Tolo ', Meongpalo, Sure' Selleyang, Ugi Elong. While lontara 'which consists of example sentences concatenated lontara saga, story, tasauf, and other religious lontara. The number of letters from the lontara type array is different. Elong Ugi usually consists of three lines each number of letters (lontara ') his or syllables in the Latin alphabet 8', 7 and 6. Sometimes it consist of only two rows but the number of syllables will always be 21. The Tolo ', Menrurana, and Meongpalo is composed of lines that connect array consisting of eight syllables or 8 letters of Bugis. I La Galigo and Sure 'Selleyang have amount of lines of 5, 5, 5 or 10, 10, 10. 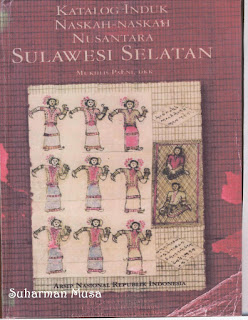 The Birth of I La Galigo 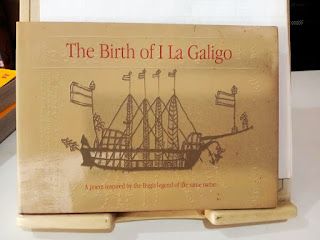 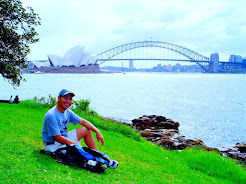